The 1995 series, also known as Romeo and the Dark Brothers, is based on the 1941 novel Die schwarzen Brüder through Lisa Tetzner. The story revolves around Romeo and Alfredo, a pair of boys bought and sold as chimney sweeps, who form a brotherhood of fellow chimney sweeps called the Black Brothers to protect each other. The anime has been in the spotlight for the past couple of years, ever since it became the flagship title of the new Nostalgia for the world’s masterpiece brand of goods. 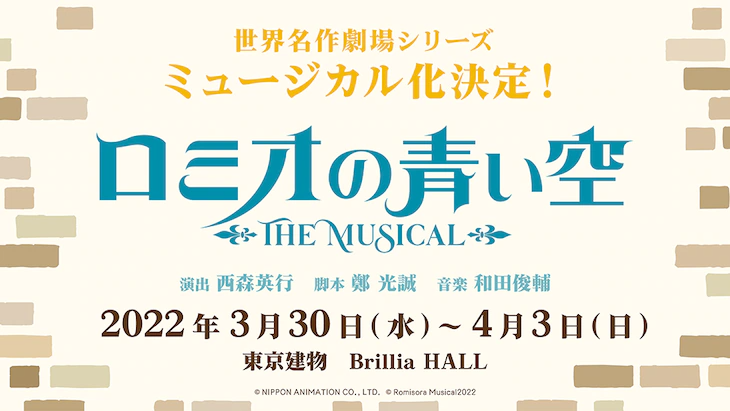 Moriarty the Patriot theater director Hideyuki Nishimori will direct, based on a screenplay written by Chong Gwang Song (Daughter of Hell play). Shunsuke Wada, who composed the music for my hero academia and Demon Slayer: Kimetsu no Yaiba musicals, will take care of the score.