Jamaican athletes Novlene Williams-Mills, Stephenie-Ann McPherson, Christine Day and Shericka Jackson win gold in the women’s 4x400m relay at the World Championships in Beijing, China on this day in 2015.

HIGHLIGHTS OF THE DAY

1983: Guion S Bluford Jr becomes the first black American astronaut to travel in space, taking off aboard the Challenger.

30 BC AD: Cleopatra of Egypt commits suicide by letting herself be bitten by an asp.

1282: The Aragonese land in Trapani in support of the Sicilian revolt against Charles I, Angevin king of Naples-Sicily. The revolt had begun with the Sicilian Vespers, massacre of the French.

1563: The Jewish community of Neutitschlin, in Moravia, is expelled.

1682: William Penn leaves England to sail to the New World.

1791: HMS Pandora sank after running aground on a reef the day before, returning from her search for the Bounty and the mutineers who had captured her.

1800: Gabriel, an African-American slave, gathers an army of approximately 1,000 slaves outside Richmond, Virginia in the first major slave rebellion in US history; alerted government officials thwart the revolt, and Gabriel and others are executed.

1862: Confederate forces win victories over the Union at the Second Battle of Bull Run in Manassas, Virginia, and the Battle of Richmond in Kentucky.

1914: The Battle of Tannenberg (WWI) in East Prussia ends with the destruction of the Russian Second Army, with 122,000 to 170,000 killed, wounded or captured by the German 8th Army under Paul von Hindenburg and Erich Ludendorff.

1928: The Indian Independence League is formed in India.

1963: The “Hot Line” communication link between Washington and Moscow is commissioned. 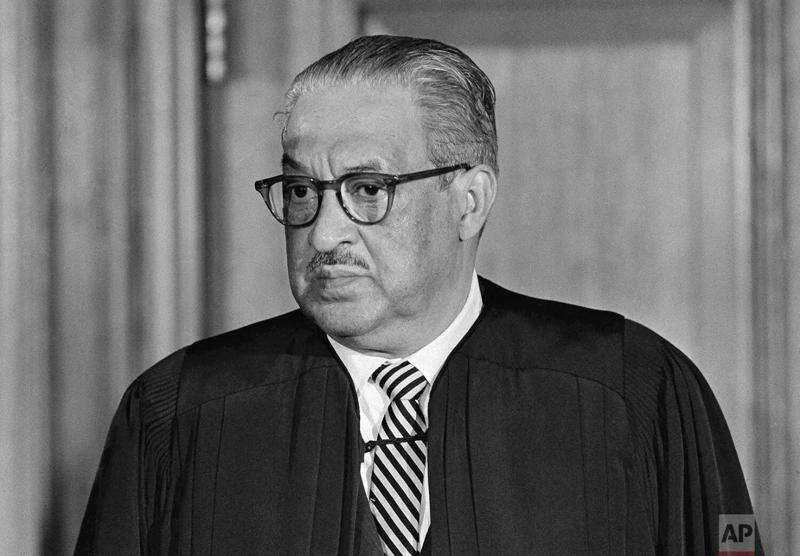 Thurgood Marshall becomes the first black American appointed to the United States Supreme Court on this day in 1967. (Photo: AP)

1968: The first record released on the Apple label in the UK is the Beatles single Hey Jude.

1979: Hurricane David devastates the island nation of Dominica as it rages through the Caribbean and the east coast of the United States, killing 1,000.

1984: The space shuttle Discovery is launched for its maiden flight.

1986: Soviet authorities arrest US News and World Report correspondent Nicholas Daniloff as a spy a week after US officials arrested Gennadiy Zakharov, a Soviet United Nations employee, on charges of spying in New York. (Both men were later released.)

1989: A federal jury in New York finds “hotel queen” Leona Helmsley guilty of tax evasion but acquits her of extortion. (Helmsley ended up serving 18 months behind bars, one month in a halfway house and two months under house arrest.)

1991: Azerbaijan declares independence, joining the rush of republics seeking to secede from the Soviet Union. 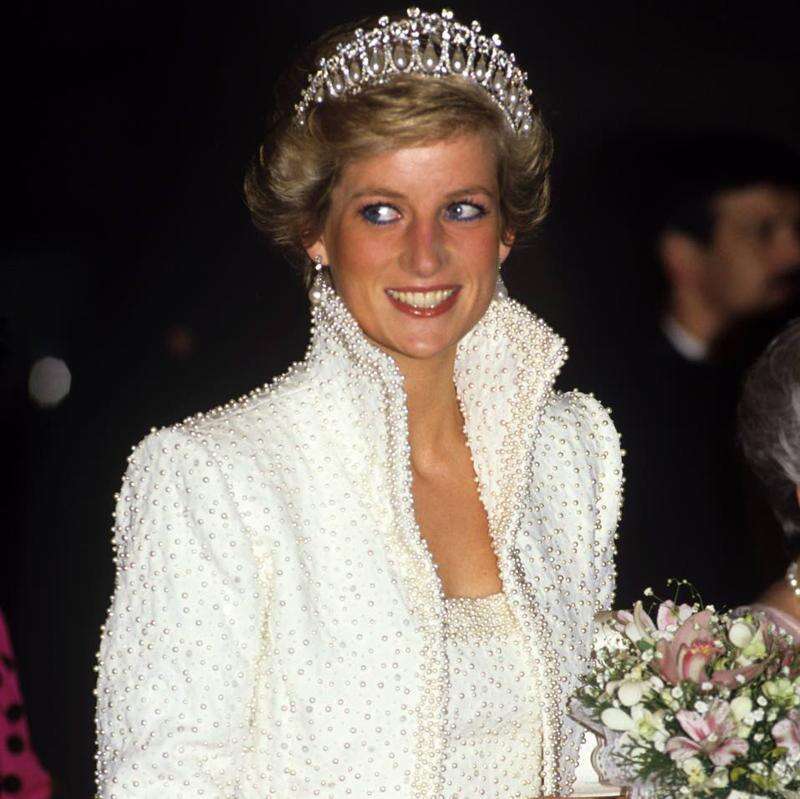 On this day in 1997, Britain’s Princess Diana, her boyfriend Emad Mohammed al-Fayed, the Harrod heir, and driver Henri Paul die in a car accident in Paris after being chased by photographers. (Photo: David Levenson/REX/Shutterstock)

1997: Britain’s Princess Diana, her boyfriend Emad Mohammed al-Fayed, the Harrod heir, and driver Henri Paul die in a car crash in Paris after being chased by photographers.

2001: More than 430 refugees rescued from a sinking ferry, mostly Afghans, languish on a Norwegian freighter as Australia denies them entry.

2003: American actor Charles Bronson, best known for his portrayal of tough guys, including an architect turned vigilante in Death Wish (1974), dies in Los Angeles at age 81.

2005: A day after Hurricane Katrina hits, floods cover 80% of New Orleans, looting continues to spread, and rescuers in helicopters and boats pick up hundreds of stranded people.

2006: Israel rejects demands by visiting UN Secretary General Kofi Annan to immediately lift its sea and air blockade of Lebanon and withdraw its forces once 5,000 international troops are deployed.

2007: In a serious breach of nuclear security, a B-52 bomber armed with six nuclear warheads flies across the country unnoticed; the Air Force later punishes 70 people.

2008: Gustav howls across Cuba’s Isla de Juventud like a monstrous category four hurricane as Cubans and Americans scramble to flee the path of the storm that has already killed 81 people.

2009: Japan’s opposition wins a historic election victory, crushing the ruling conservative party that ruled the country for most of the post-war period and shouldering the daunting task of lifting the economy out of its worst crisis since the Second World War.

2010: A huge drill begins preliminary work to dig a half-mile (nearly a kilometer) chimney through solid rock to free the 33 men trapped in a Chilean mine, their ordeal now having equaled the longest known survival in an underground catastrophe.

2011: Libyan rebels say they are closing in on Muammar Gaddafi, and to regime loyalists in the fugitive dictator’s hometown of Sirte, his main remaining stronghold, they issue an ultimatum: Surrender this weekend or face to an attack.

2013: Indonesia’s highest court upholds the death sentence of Lindsay Sandiford, a Briton convicted of smuggling $2.5 million worth of cocaine into the resort island of Bali. Seamus Heaney, 74, who won the Nobel Prize for Literature and achieved worldwide fame as Ireland’s greatest poet since William Butler Yates, dies in Dublin.

2017: Former Hurricane Harvey makes a U-turn in the Gulf of Mexico and rolls ashore for the second time in six days, hitting southwest Louisiana as a tropical storm with heavy rain and winds of 45 miles per hour; floodwaters begin to recede in Houston where thousands of homes are inundated. A Texas federal judge temporarily blocks most of a new state law that would have allowed police to ask people during routine stops if they are legally in the country; the law also threatens sheriffs with jail time for failing to cooperate with federal immigration authorities. (The crackdown on “sanctuary cities” took effect the following March after a federal appeals court upheld the law.)

2021: Following a chaotic withdrawal, the last American troops leave Afghanistan, some seven years after the official end of the war there.