Sonos is participating today in an antitrust hearing on the smart home, where Sonos chief legal officer Eddie Lazarus commented on the smart home market and the dominance of companies like Amazon, Google and Apple.

Led by Amy Klobuchar, the Subcommittee on Competition Policy, Antitrust and Consumer Rights is holding a hearing today on “Protecting Competition and Innovation in Home Technology”. Most of Sonos’ complaints relayed by Lazarus focus on Amazon and Google, but he did comment on Apple.

In particular, Sonos took issue with how Apple implements Siri support for third-party companies. Apple at WWDC announced that third-party companies are able to integrate ‌Siri‌ voice command into their HomeKit devices, but “Hey ‌Siri‌” commands are relayed through a HomePod or HomePod mini, which makes an Apple device. a requirement.

Take Apple’s announcement that it will now license ‌Siri‌ to third parties in the smart home. As stated in The edge, Apple will only license ‌Siri‌ to companies that use ‌HomePod‌ as a central hub to connect to ‌Siri‌ Thus, Apple conditions interoperability with ‌Siri‌ on companies placing a competitive Apple product next to theirs.

Lazarus also said that while Google, Apple and other companies are working on interoperability through initiatives such as Matter, he is skeptical that this will lead to consumer choice or promote true interoperability between different platforms. -smart home forms. He also cautions that because Apple and Google control the standard, they control the “pace of innovation.”

There is no doubt that dominant companies will suggest that new legislation is unnecessary in light of the initiatives they have underway – like the “Matter” alliance – which seek some degree of smart home standardization to facilitate interoperability. It may well be that these efforts are producing positive results for manufacturers of back devices, such as light bulbs, garage door openers, etc. by allowing them to interact with one of the three main ecosystems (Alexa, Assistant, ‌Siri‌) using a uniform code base. But count me skeptical that these types of initiatives will promote upstream consumer choice – where consumers control their smart home devices – or do a lot, if anything, to foster true interoperability between siled gatekeeper ecosystems. . From a user’s perspective, the choices among a very small number of walled gardens will likely remain the same. One could imagine, moreover, a Trojan horse aspect to all this. Those who control the standard and its evolution effectively control the nature and pace of innovation, including innovations imagined by their competitors. From what I understand, the standard material we’re working on is basically a creature of code from Google and Apple. This is hardly a formula for fair competition or a more creative invention. It is a formula to further entrench the domination of a few.

Because Amazon and Google dominate the smart speaker market, most of what Lazarus had to say focused on these two companies. He complained that in order to allow Google Assistant on Sonos speakers, Sonos had to agree to allow only one voice assistant at a time, even though it supports more than one.

But Google has made it a condition of having Google Assistant in our products that we never allow competition with another general voice assistant. Therefore, Sonos customers today have to open an app and manually choose which single voice assistant will be configured on their device. This forced choice degrades the consumer experience, but it’s arguably good for Google, which bets most users will choose Google Assistant as their default voice assistant and then stick with the Google ecosystem.

He said Google and Amazon used to go after their competition by producing copy products sold at subsidized prices, which Sonos and other smart speaker companies were unable to compete with. .

Amazon and Google now control around 85% of the US smart speaker market. It’s terrible for the innovation dynamic because it cripples companies that have better products that can’t be sold at a loss and consumers lose out. In addition to protecting the future profits of their dominant products and services, cross-subsidization will ultimately result in the same anti-competitive effects as “traditional” below-cost predatory pricing; prices are bound to rise once these dominant firms have driven other firms out of the market and reduced competition. 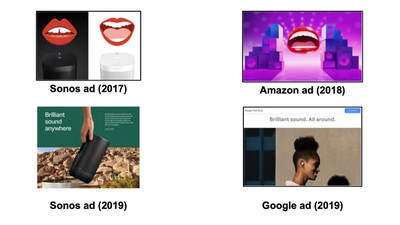 If things don’t change, Lazarus warns that in the future every smart home will be controlled by a few dominant companies.

We see two possible futures for the smart home. In the first scenario – resulting from the current trajectory we are on – every smart home will be controlled by one of the few dominant companies, Google, Amazon, or maybe Apple or Facebook will also fit into it. These behemoths will exercise overwhelming control over the direction of innovation and over new ideas brought to market, ultimately replicating a market structure that history says inhibits innovation and competition. Consumer choice will also weaken. Consumers will find themselves channeled through the siled ecosystems of a Google or an Amazon in a self-reinforcing dynamic of domination fueled by the network.

With the overhaul of the antitrust law and the level of enforcement, the U.S. government could “broaden the playing field,” Lazarus said, allowing Sonos and other companies “to innovate and bring new experiences to consumers. customers’, with several companies competing on the basis of merit of products and services.

How to win the weed war