Located on 6 acres near the Diamond, the Interstate Business Park sold for $ 7.7 million. (Photo by Mike Platania)

Tucked between highways 95, 64 and 195, the aptly named Interstate Business Park has a new owner behind the wheel.

The two-building complex located at 3601 Saunders Ave. sold at the end of last month for $ 7.7 million. 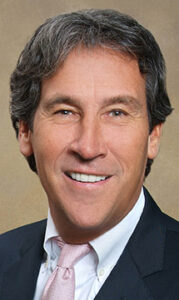 City real estate records show the buyer was Barry Wilton, a local real estate attorney at Parker, Pollard, Wilton & Peaden, who has also been involved in real estate development over the years.

The seller was real estate investment company Fernau LeBlanc, which bought the park under a portfolio deal for $ 4.8 million in 2018. Blair Fernau, partner of Fernau LeBlanc, has said over the years since they raised its occupancy rate to over 90 percent rented, which has motivated them to sell.

“Over the past three years, we had leased vacant spaces, renewed most existing leases, improved landscaping and replaced roofs,” Fernau said in an email. “There wasn’t much more we could do to add value at this point. “

The sale closed on April 29. The plot was recently valued by the city at $ 4.7 million.

Wilton was not available for comment at press time, but Fernau said he understood Wilton’s intentions were to own the property.

Fernau LeBlanc is still present in the Richmond area following the sale. The company still owns the Windsor Business Park in Henrico, which it bought for $ 33 million in 2016.

Fernau said his company was also preparing to unload another of its local stakes in the Interchange Corporate Center at 3850 Gaskins Road.

“We will sell (the Interchange Corporate Center) once the rent stabilizes,” Fernau said. “It will be an opportunity for a small user who wants to own his own building. “

The company also partnered with Henrico-based John B. Levy & Co. last fall to purchase a business park in the home state of Fernau LeBlanc, Md., For $ 30 million. .